Job and Naomi: Friendships in the Midst of Tragedy

In the church culture of the West today, messages of prosperity and blessings are pervasive. The cliché “I’m blessed and highly favored” echoes down many Sunday school hallways and through restaurants on Sunday afternoons.

While joy truly does exist in the body of Christ, many of the people who wear a smile on Sunday are in unpleasant or difficult circumstances. Some put on a happy face because it’s expected of them, but tragedy and hardship abound even among faithful believers. Now and again, everyone needs a friend to help lift up weary hands to praise God.

We sometimes wonder what our friendship should look like in these moments. How can you encourage someone you know is suffering and taking efforts to endure faithfully, but just doesn’t seem to be pulling through? The answer, of course, is found in God’s Word. There are always positive Scriptures we can send people to, but when faced with immense difficulties and hardships, it is also comforting to know that there are books of the Bible which tell the lives of real people who went through extreme hardships and tragedies and, through faith in God, endured.

Two such people were Job and Naomi. The parallels of loss and hardship between them reaches the depths of human tragedy. While Job lost 10 children, all of his sheep, camels, oxen, and most of his servants in a matter of hours, Naomi’s losses were accumulated over time. Her husband and family left Bethlehem behind in hopes of preserving their wealth and family in a time of famine. Unfortunately, they got stuck in Moab due to extenuating circumstances, and eventually her husband died. Her sons then married Moabite women (which was forbidden to the Jews). Sometime thereafter, both of her sons died – leaving her no posterity, no means of income, and no hope for a family. Like Job, Naomi was sabotaged and bankrupted by life, with every comfort of family having been stripped from her. 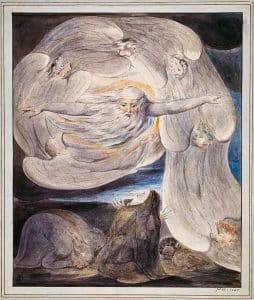 Interestingly, both Job and Naomi had “friends” that stepped onto the scene in the midst of their tragedies. It is here that their paths differ and bring distinction to what true friendship looks like.

Job’s friends showed up in the midst of his tormenting tragedy to “comfort him” and instead spent days accusing him – determined that he had caused his own demise. They accused him of sinning, chastised him in his weakness of faith, and blamed him for what he was enduring. Only upon experiencing God’s rebuke did Job’s friends repent and ask for forgiveness. It is a bleak moment that calls to question the value of friends. If even a good man’s friends let him down in his lowest moments, how can any of us hope to seek any solace in mankind?

Naomi, however, encountered a friendship of a different kind – the type of friendship that proved to be life-saving and joy-redeeming. And, while Naomi was a bit underwhelmed with her daughter-in-law’s vow of passionate devotion, in time, Ruth’s unwavering dedication proved to be the antidote to Naomi’s bleeding heart. Ruth’s selfless love toward Naomi proved to be one of the most honorable and loyal friendships recorded in Scripture. It restored comfort to Naomi when she needed it most.

It is likely that you have a friend right now who is going through extreme circumstances beyond their control. Their love tank is emptied from life having dealt them the cup of bitterness and despair. They need a friend, and God may be calling you to choose which type of friend you will be. Choosing to be a friend like Ruth will not be easy, but it could bring them comfort when they need it most; it could be life-saving and joy-redeeming.

To learn more about supporting your fellow believers in intercession and faith, check out some of the online Bible studies at International School of the word. Consider starting with Karen Wheaton’s How to Develop a Conversation with God bundle, which teaches community support and intercession. Visit www.ISOW.org today to get started on an affordable online biblical education!