Sola scriptura is a term you will hear in many serious academic studies of theology. The term, translated literally, means “by scripture alone.” It is one of the defining doctrines that separates the Roman Catholic church and most Protestant denominations.

Most Protestant denominations argue that the Bible is the sole infallible source of authority for Christian faith and practice, while the Roman Catholic Church, Eastern Orthodox churches, and some others believe that Scripture is part of the larger tradition of the Christian faith.

To orthodox believers, tradition and the authority of the church to interpret Scripture are inherent parts of the faith. For them, the body of Christ is a living organism, and revelation comes not only from the canon of Scripture but also from the ministerial authorities to which Christ handed authority on earth. They point to passages such as 2 Thessalonians 2:13-15 and 2 Timothy 2:1-2, in which Paul entrusts the church leaders to uphold the traditions he has taught them.

The evangelical denominations tend to assert that Scripture is self-authenticating, clear to the rational reader, its own interpreter (“Scripture interprets Scripture”), and sufficient of itself to be the final authority of Christian doctrine, meaning that ministry and church leadership are vehicles for teaching, fellowship, outreach, and works, but not on equal authority with the words of Scripture. 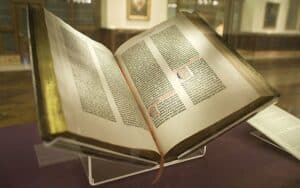 These distinctions of thinking can sometimes be more trivial than they might appear, as Protestant theologians operating under the principle of sola scriptura are still inevitably subject to interpretation, guidance by the Holy Spirit, and hermeneutics. The fact that many Protestant denominations (all operating under the idea that Scripture is the sole source of doctrine) disagree about a plethora of ideas would suggest that human fallibility nullifies the significance of sola scriptura, since church doctrine is still going to come into play for individual believers, practically speaking.

Interpretation, however, does not necessarily contradict the doctrine of sola scriptura. Language is the key medium by which God transmitted truth to mankind, and so it is not unfaithful to Scripture to dissect language as it is meant to be. Taking the time to consider context, author, history, audience, and form (poetry/psalm, epistle, chronicle, etc.) does not add to nor take away from the integrity of God’s Divine Word. It merely gives us a lens through which to more fully understand the Bible with our narrow human minds.

Whether you adhere to sola scriptura, prima scriptura, or any other variation thereof, Scripture contains God’s perfect truth and any interpretation should not be taken lightly. Always ask yourself this: when you encounter a passage in the Bible that may impact your own theological positions, are you willing to alter your hermeneutical method to reach a particular outcome, or are you open to the Holy Spirit’s guidance and the infallibility of God’s Word? What will you let get in the way of your pursuit of Him?

To learn more about biblical study and the foundation of complex doctrines of the Christian faith, check out some of the online Bible studies at International School of the word. Consider starting with Basic Theology or Biblical Apologetics. Visit www.ISOW.org today to get started on an affordable online biblical education!