Jew and Gentile and the One New Man Teaching Conference 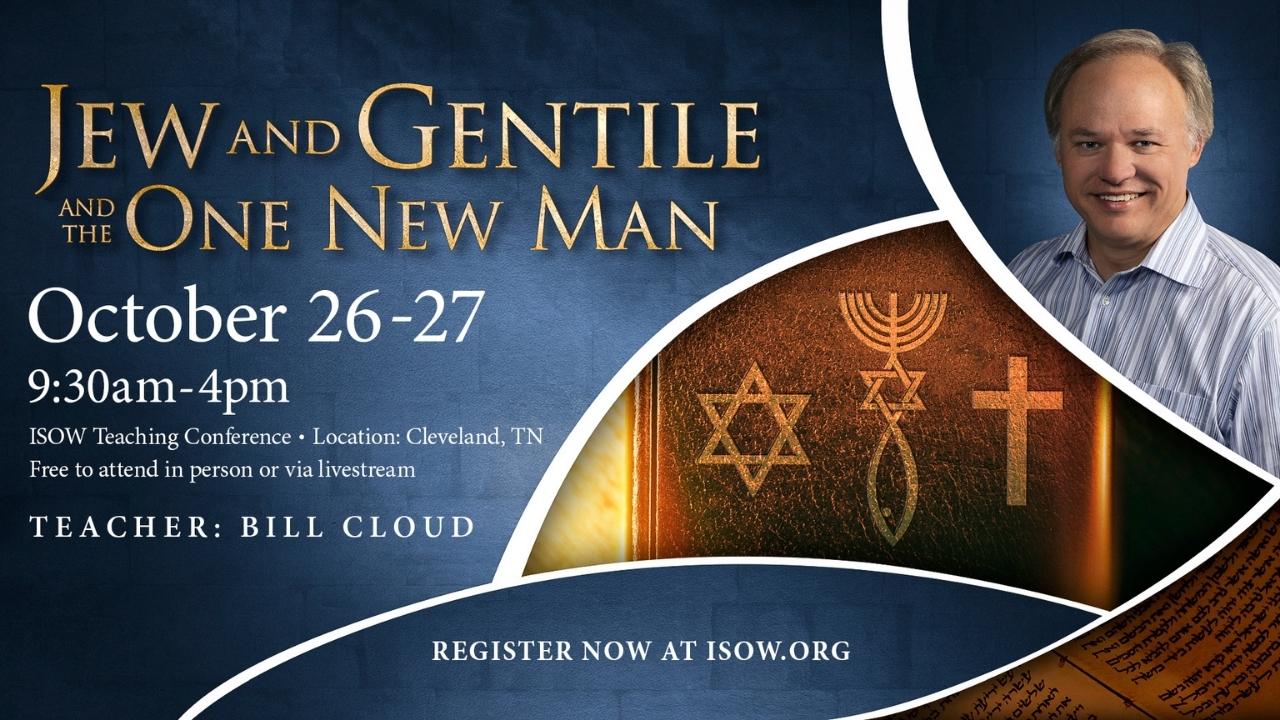 For many centuries, the Christian church has been seen as entirely distinct and separate from the Jewish faith. In recent years, however, many believers have opened their eyes to the fact that our faith shares more than cultural connections to Hebraic roots. The Jewish heritage of the Christian faith isn’t something to be tossed aside, and the Torah is no less relevant to followers of Christ than it was to Jews who worshipped in Solomon’s Temple. Jesus died for Jew and Gentile, but a gap has separated us for much of history. The One New Man is a concept that brings together the Hebraic roots of faith in YHWH and the grace of salvation through Yeshua. Rather than treating Christianity as an entirely separate faith from Judaism, we are called to honor the Feasts of the Lord, respect God’s established calendar, and honor Jesus for who He is, not as a westernized interpretation. Join ISOW instructor Bill Cloud in learning how we can properly integrate Hebraic heritage and reconcile differences between Jew and Gentile

Bill Cloud was raised in a traditional Christian home in South Georgia, but celebrating the Feast of Tabernacles in Israel changed his perspective on the Hebraic roots of Christianity. Soon thereafter, Bill began learning Hebrew under the tutelage of a local rabbi and has become an expert on both the Hebrew text and the Jewish heritage of our faith.

Bill is a featured speaker in venues throughout the country and has appeared onstage and on a variety of television broadcasts with notable teachers such as Perry Stone, Jonathan Cahn, Joel Richardson and Hal Lindsey.

Through Shoreshim Ministries and Jacob’s Tent Fellowship, Bill and his family strive to re-introduce Christians to the Jewish Yeshua and to educate believers in the Hebraic roots of their faith, reconciling western ideals to the Christ of the Bible and God’s love for His chosen people.

Sign up for Exclusive Text Offers - Text ISOW to 77411 Dismiss